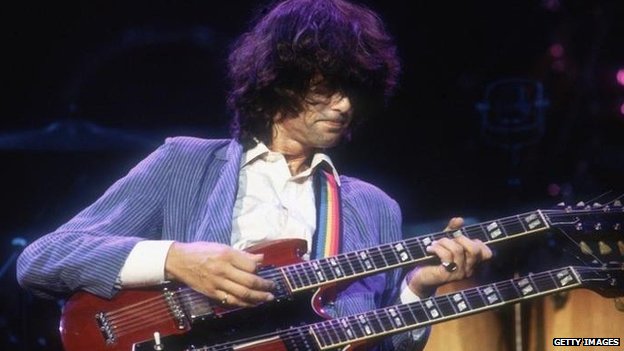 Led Zeppelin’s Whole Lotta Love has been voted the greatest guitar riff of all time by listeners of BBC Radio 2.

The rock classic came out top from a list of 100 riffs drawn up by a panel of Radio 2 and 6 Music DJs, critics and record producers.

Sweet Child O’ Mine by Guns ‘N’ Roses was second in the poll, with Back In Black (AC/DC) and Smoke On The Water (Deep Purple) the next most popular.

Led Zep guitarist Jimmy Page said he was “knocked out” by winning the vote.

“I wanted a riff that really moved, that people would really get, and would bring a smile to their faces, but when I played it with the band, it really went into overdrive,” he said.

“There was this intent to have this riff and the movement of it, so it was menacing as well as quite sort of caressing.”

Other riffs in the list included Layla by Derek And The Dominoes, which was voted fifth best, Pretty Vacant by the Sex Pistols and Metallica’s Enter Sandman. 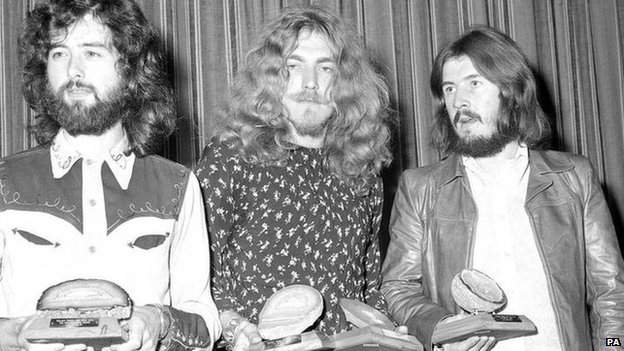 “Whole Lotta Love is one of the most important guitar riffs of the 20th century,” said record producer and panellist Steve Levine. “The moment you hear literally two notes of it, you know exactly what it is.”

Arctic Monkeys, The Beatles, Daft Punk and Pink Floyd were among the acts jostling for favour. The vote closed on 25 July.

The BBC station has been celebrating the guitar in a special season featuring documentaries and live performances.

Breastfeeding remark DJ back on air

The Conjuring 2 scares off US box office...