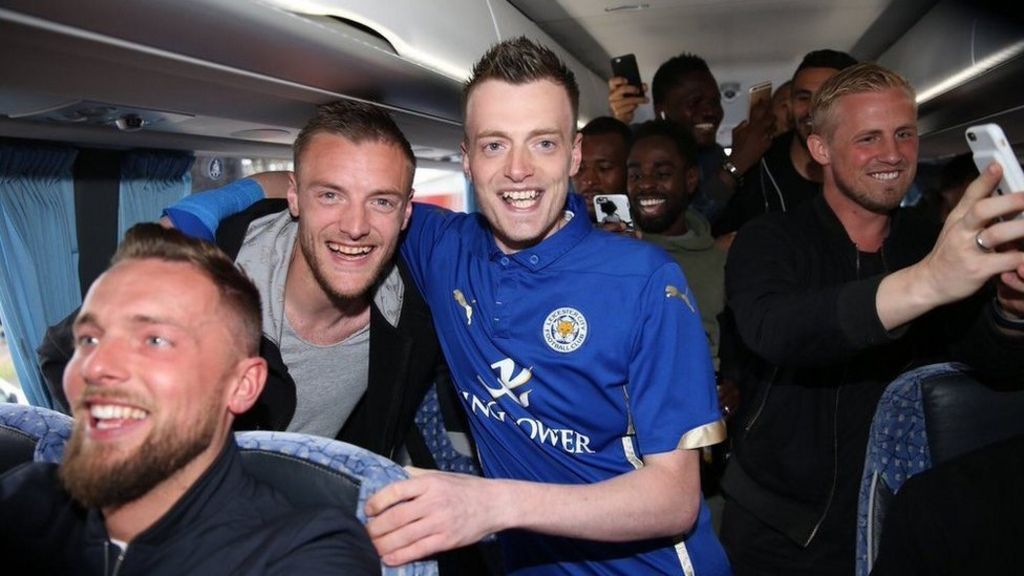 Leicester City fans are continuing to celebrate across the city after their club’s Premier League title triumph.

Jubilant fans spilled out onto the streets on Monday night after the historic victory – and thousands more have since flocked to the city.

One street was brought to a standstill as the team arrived for a celebratory lunch at an Italian restaurant.

Shelves in the club shop were left bare as hundreds of fans rushed to buy mementoes.

Some fans have attributed Leicester’s miraculous season to Richard III being laid to rest after his remains were discovered in a car park in the city.

But a spokesman for Leicester Cathedral, where the king was reinterred, said: “In the end it’s down to exceptional playing by an exceptional team, in a remarkable city.”

A spoof Richard III account tweeted: “One has looked. And checked. And double checked. And it genuinely is true. Leicester City Football Club = Premiership Champions! #lcfc”

Jamie Vardy lookalike Lee Chapman, who works as a postman, sprinted on his morning round so he could get to the King Power Stadium to celebrate.

The team coach then arrived at the stadium and he was spotted by Leicester players – who invited him on board to celebrate.

Leicester City Mayor Sir Peter Soulsby said a major official celebration is planned, with the details expected to be announced later this week.

“Obviously we are going to be partying for the next two weeks at least,” he said.

“I know the football club and the city council authorities have been working together to work out some celebrations that will enable the supporters and the city to come together and to celebrate this success.

“I’m leaving that to the football club to announce. It will be big, how’s that for a clue?”