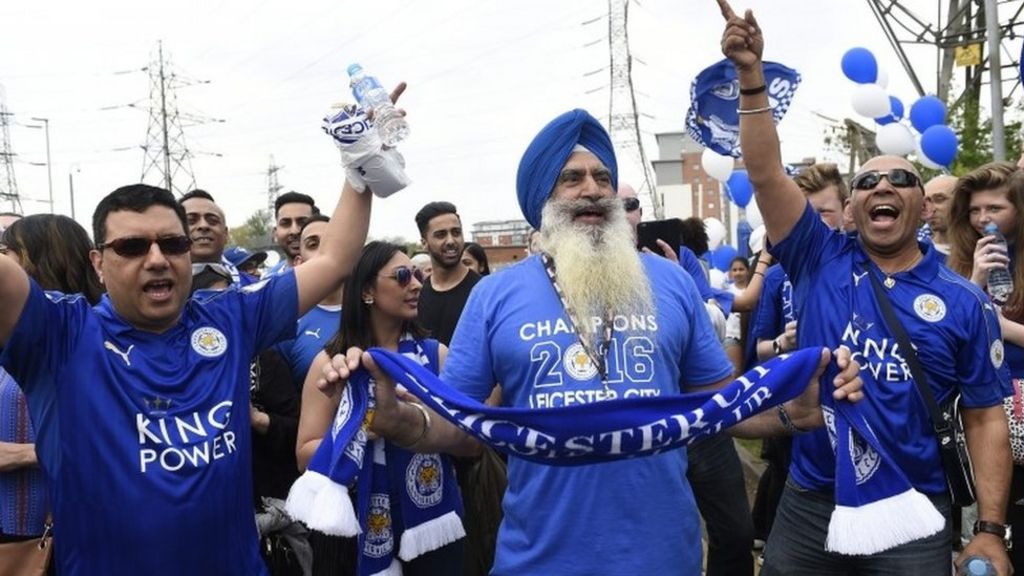 Thousands of fans are gathering at the King Power Stadium, ahead of Leicester City’s final home game, where they will receive the Premier League trophy.

The team won the title in what has been described as one of the greatest sporting triumphs of all time, starting the season as 5000/1 outsiders.

Tottenham’s 2-2 draw at Chelsea on Monday confirmed a stunning achievement for Claudio Ranieri’s side.

Opera star Andrea Bocelli will also perform before the game.

Lifelong Foxes’ fan Steve Worthy, 39, of Wigston, has the honour of handing the trophy to captain Wes Morgan.

He won a competition organised by league sponsors Barclays and said he would dedicate the experience to his 97-year-old grandmother, Gladys Knight, who had to forfeit her season ticket this season due to ill health.

“When I hand the Premier League trophy to Wes Morgan I’ll be thinking of my grandmother,” Mr Worthy said.

As part of the celebrations, the renowned Italian tenor Andrea Bocelli will set the tone with pre-match renditions of Nessun Dorma and Time to Say Goodbye, honouring a recent promise to his countryman Ranieri.

The 25kg trophy, topped by a golden crown, is decorated with blue ribbons for Leicester, and yellow ones to represent the royal house of Thailand, which is the country of club owners King Power.

It was engraved on Friday, in preparation for Saturday’s presentation.

Demand for tickets to the final home game of the season has been high, with reports of tickets appearing on websites for up to £5,000.

But thousands are just happy to be part of what has been termed a “fairytale” by pundits all over the world.

It has been announced an open top bus parade will take place on Monday 16 May, ending up in Leicester’s Victoria Park for some more celebrations.

As one fan said: “It’s something I didn’t think I’d ever, ever see. Ever. Not in my lifetime and it’s fantastic.”