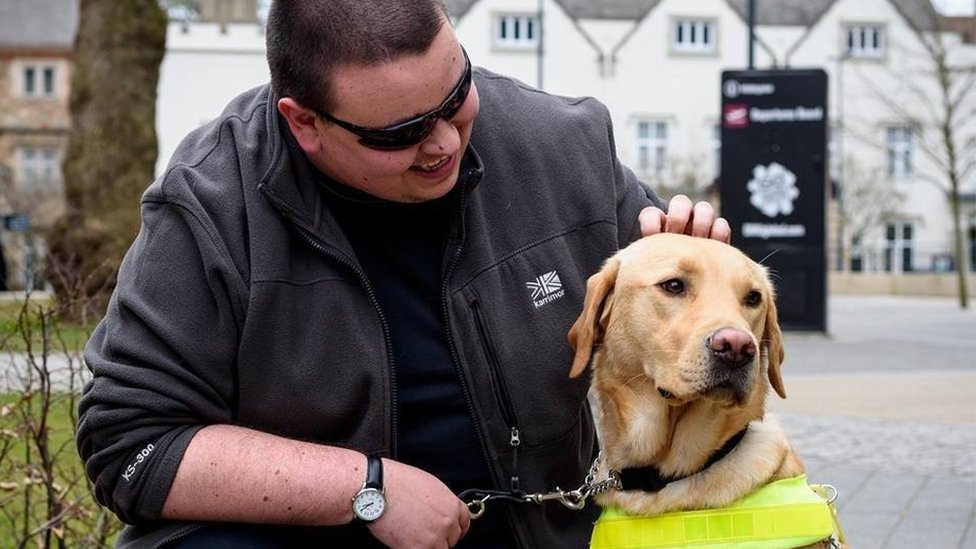 A blind man was barred from using a taxi by the driver who took religious exception to his guide dog.

Charles Bloch, 22, was with his girlfriend and dog Carlo on Friday when he was told by a taxi driver he could not take the dog for religious reasons.

It is the second time this year Mr Bloch has been refused a taxi because of his dog but this time his girlfriend shared a video of it on social media.

ADT Taxis admitted its driver broke the law and he has since been sacked.

Commenting on the case, Leicester City Council said religion was “not a sensible excuse” and drivers are told about the law on their licence and during exams.

“But, it’s a very common thing and happens a lot.”

Mr Bloch has deteriorating eyesight due to glaucoma and in April was refused a ride by an Uber driver who also cited religious reasons.

“I have no hatred towards the driver and his religion, and I would respect that if the law wasn’t there, but the law is there to help people be more integrated into the community,” he said.

In March 2003, the Disability Discrimination Act was extended to make it illegal for taxi drivers to refuse to carry guide dogs for blind passengers.

ADT Taxis posted a statement on its Facebook page, saying it was “deeply ashamed” by the driver’s conduct.

A city council spokesman said: “Drivers are legally required to accept bookings from passengers with assistance dogs unless the driver has a medical exemption certificate.

“We’re not aware of any taxi drivers in Leicester to which this applies.”

He said they were considering whether to revoke the driver’s licence and had contacted Mr Bloch with regards to legal action being taken.

'No timetable' for Syria strikes vote