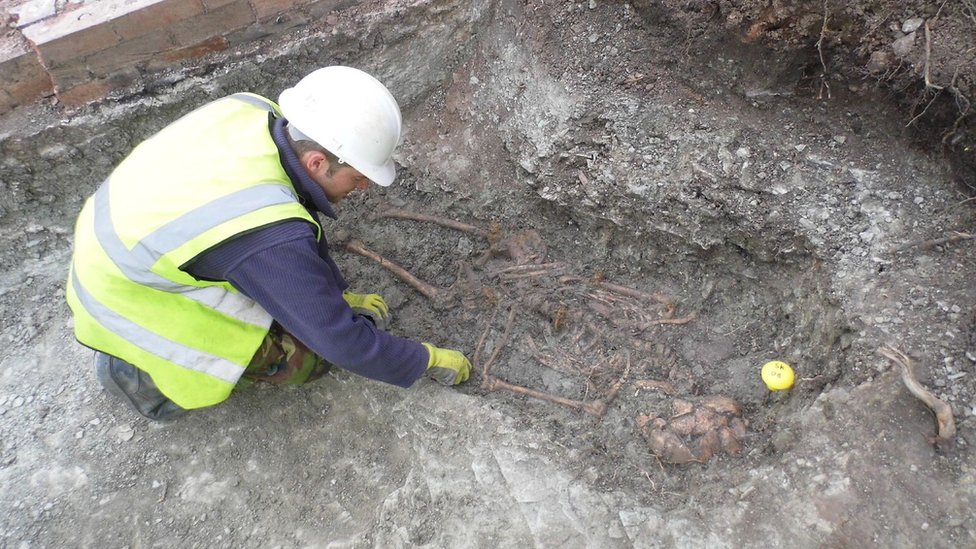 Skeletons found in Leicester could be the earliest examples of African people living in the famously diverse city.

The University of Leicester found 83 skeletons in a Roman graveyard dating back as early as the 2nd Century.

Six with possible African ancestry is the first evidence of migrants from the continent in the city, experts said.

Leicester is one of the UK’s most diverse cities, with half its population described as white British compared to 80% nationally.

The remains, dating between the 2nd and 4th Century, were discovered during a series of excavations between 2010 and 2015 at a former factory site in Western Road.

However, the university said some bodies were buried with grave goods or exhibit burial customs not previously seen in the city.

Mr Morris said six had African cranial features but “excitingly” two of them, one a child, appear to have been born in England.

He said by studying their teeth the team was able to tell what type of water they drank and where in the country it originated.

Through this process, known as isotope analysis, they can chart migration.

The archaeologist said one of the people was probably born in the Pennines area and the other in Leicester itself.

He said there are a number of theories why they were in Leicester including for trade or military reasons.

Skeletons of African origin, dating from the same period, have been found in York and at Hadrian’s Wall, but this is the first evidence in Leicester.

During the excavations an elaborately decorated belt was found which would have been worn by a late Roman soldier or civil servant.

The university has been nominated for a national archaeology award for its work at the cemetery.

Southern drivers' strike to go ahead after court...