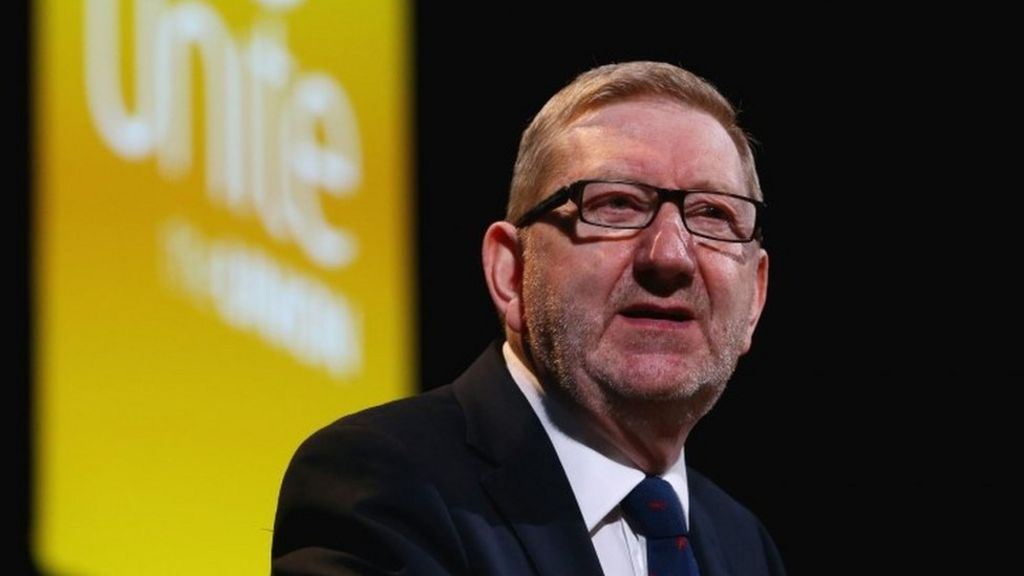 The result will be seen as a boost for Labour leader Jeremy Corbyn.

Mr McCluskey’s chief rival Gerard Coyne was seen as the anti-Corbyn candidate and Unite is the party’s biggest donor.

Mr Coyne was suspended from his job as a Unite official on Thursday pending an investigation but he remains a member of the union.

He faces accusations of bringing the union into disrepute over claims made during the contest, which saw barbs flying from both sides.

The move did not affect the election as counting was already under way, although it could have put the result in doubt if he had won it.

Unite acting general secretary Gail Cartmail said: “I congratulate Len McCluskey on his victory and would urge the entire union to pull together in the interests of our members, and not least to work for a Labour victory in the general election.

“The turnout in this important election can give no cause for satisfaction and, while the tone of the campaign will not have helped, the underlying reason remains the archaic and expensive balloting system imposed on trade unions by law.

“The sooner we can move to secure and secret workplace and online voting the better for union democracy.”

The Labour leader still has an ally in the figurehead at the top of the country’s biggest union.

Len McCluskey’s passionate support helped buoy up Mr Corbyn when most of his MPs decided he was useless.

Mr McCluskey’s principal opponent, Gerard Coyne, had argued Unite should stop “playing Westminster politics” and ” failed to collect a penny back” from its donations to Jeremy Corbyn’s leadership contests.

And so Mr Corbyn’s man is still standing.

The big question now is, if Labour lose the election, whether Len McCluskey will change his mind and call on him to go.

TalkTalk and BT rated worst for broadband in...