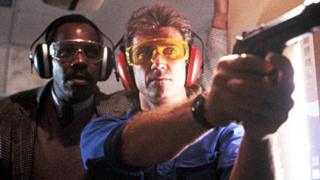 Lethal Weapon will be the latest film to be remade for the small screen after the Fox network decided to turn it into a TV show.

The first Lethal Weapon film, which came out in 1987, starred Danny Glover as a veteran police officer and Mel Gibson as his volatile new partner.

It was a hit and went on to spawn three sequels over the subsequent 11 years.

According to reports, Fox has signed up to make a “put pilot” of Lethal Weapon – the industry term for a pilot episode that is seen as being virtually guaranteed to become a full series.

It will follow a similar storyline to the film, although Gibson and Glover will not reprise their original roles.

The show will be written by Matt Miller, …read more

Harry Potter and the Cursed Child: Fans with...