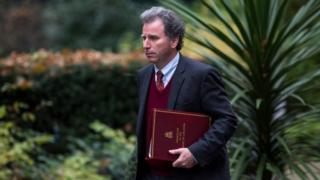 Oliver Letwin is one of David Cameron’s longest-serving ministers

David Cameron’s policy chief has apologised “unreservedly” for any offence caused by remarks he made about black people days after the 1985 Broadwater Farm riot.

He dismissed plans to encourage black entrepreneurs, saying they would set up in the “disco and drug trade”.

Mr Letwin said parts of the private memo were “badly worded and wrong”.

A government source told the BBC it was a …read more