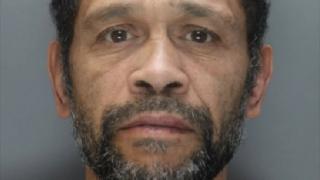 A man who battered his partner to death in a “jealous rage” before calmly rolling a cigarette as police arrived has been jailed for life.

Anthony Blye took crack cocaine and cannabis before attacking mother-of-two Kay Diamond, 44, at the flat they shared in Liverpool on 28 February.

The 52-year-old, who admitted murder, will now serve a minimum of 19 years.