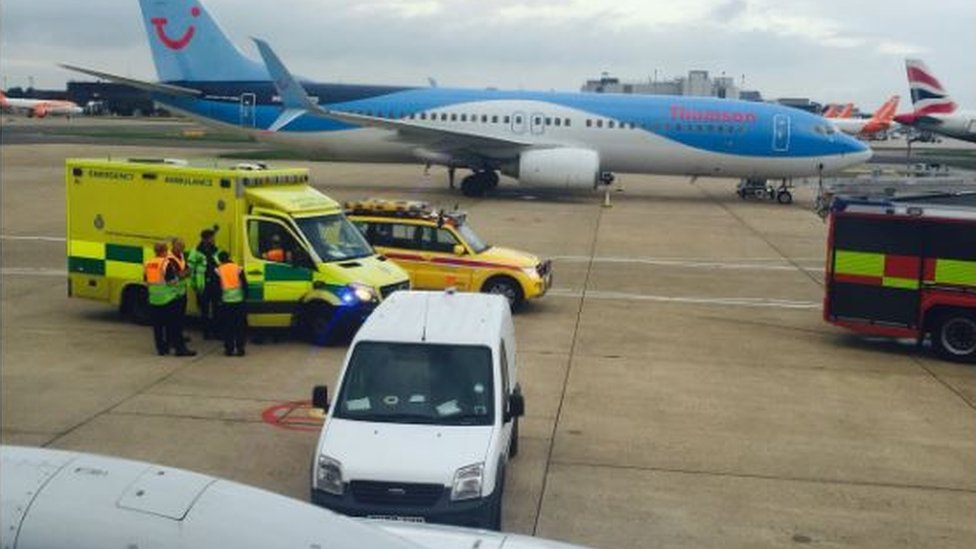 A plane has been forced to carry out an unexpected landing after being struck by lightning.

The flight from Manchester Airport to Agadir in Morocco, was diverted to London Gatwick less than an hour after take-off on Thursday.

A spokeswoman for the airline said it was an “extremely rare” event and the diversion was “precautionary”. The flight later landed safely in Agadir.

Liam Bolton, 27, from Chester in Cheshire, was travelling to Morocco for a holiday with his girlfriend when he heard a “sudden crack” on the aircraft.

He said the plane “lit up like someone had taken a photo”.

“It was about 10-15 minutes after take-off and there was a large flash… everyone turned round to each other and knew it was lightning.

“About half an hour later, the pilot announced we’d been hit by lightning and we’d be landing at Gatwick,” he said.

After around three hours on the runway, the same plane took off, he added.

Thomson Airways has apologised for any inconvenience caused by the adverse weather conditions.