Radiohead guitarist Jonny Greenwood has said classical music concerts have had the excitement “squeezed out of them”.

Speaking to Radio 5 live, he said: “I think there’s something quite off-putting when you turn up and are given a seat number. It’s all quite formal.”

Greenwood is the BBC Concert Orchestra’s composer in residence.

He is playing a classical show at the Albert Hall in Manchester later which has played host to gigs by indie group The Horrors and dance act SBTRKT.

Greenwood, whose score for the film There Will Be Blood won a Bafta in 2008, continued: “It’s a little dispiriting to find how rigidly programmes are set.

“It’s very peculiar that usually orchestras know exactly what they are going to play two years ahead of time and it’s all booked, programmes are printed.”

Greenwood will be backed at the gig on Friday by soloists from The London Contemporary Orchestra and will play pieces by Johann Sebastian Bach, Henry Purcell and Iannis Xenakis, as well as music from films he has scored including There Will Be Blood – which saw Daniel Day Lewis collect his second best actor Oscar. 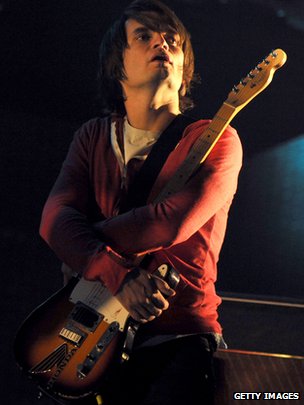 Greenwood said: “It’s all about trying to play classical music in slightly different venues with a slightly less uptight atmosphere than is usually found in concerts. People are standing, it’s dark, there’s a bar and we set up on the stage and play whatever music we are particularly enjoying at the moment, so we decided the set-list just before we play.”

The musician and composer, who said he goes to a lot …read more