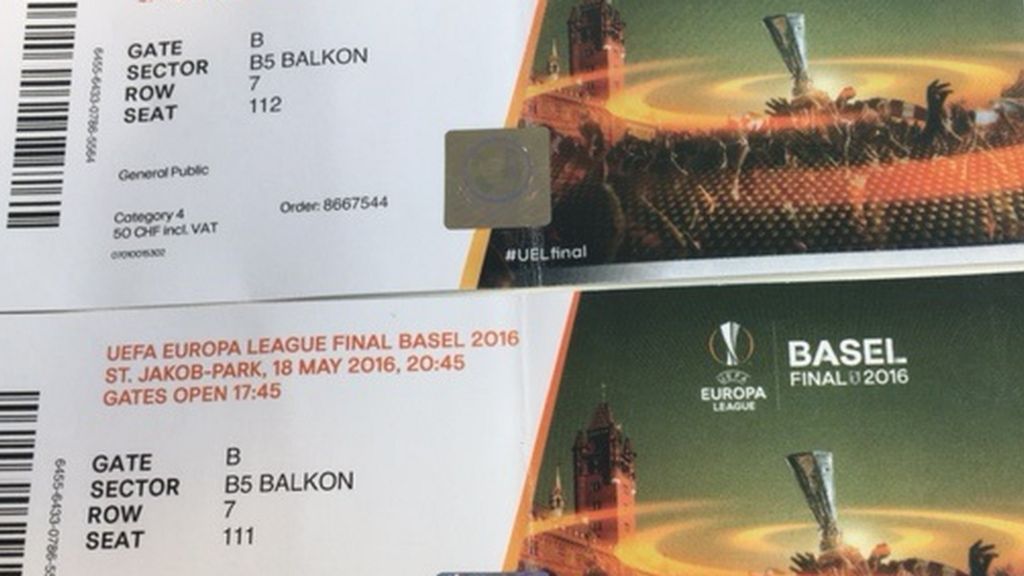 Liverpool fans have been warned about counterfeit tickets ahead of Wednesday’s Europa League final.

One Reds supporter paid £700 for tickets for the game against current holders Sevilla in Basel, Switzerland.

The forgeries are almost identical to genuine tickets, with only the genuine Uefa hologram missing from the fakes.

Liverpool initially received 10,000 tickets, with a further 2,000 made available after Sevilla returned some of their allocation.

One Liverpool fan, who wished to remain anonymous, told BBC Radio Merseyside: “I was willing to pay over the odds for a pair of tickets and came across an Instagram account.

“I got into a conversation with the account holder and agreed to buy two tickets for £800, which we negotiated down to £700.”

He added: “We met outside Anfield and he came with two tickets in a white envelope, which I thought was strange because I was expecting official documentation.

“He gave me the tickets to look at and they looked absolutely real. If you look at them now, against a real one, the difference is very minimal.”

“We are aware of this and we always knew there was a likelihood people would take an opportunity to create counterfeit or forged tickets,” he said.

“I understand fans will want to get to this game and I understand the demand for tickets, but the game is sold out.

“I am confident there will be a number of checks fans have to go through to get to the stadium.

“They will check whether those tickets are genuine. If they are not you will not get near the stadium.”

Merseyside Police released a statement confirming it was investigating an allegation of fraud.

“On Thursday 12 May, a complaint was received of fake tickets having been sold to the victim. Inquiries are ongoing to identify those responsible.”