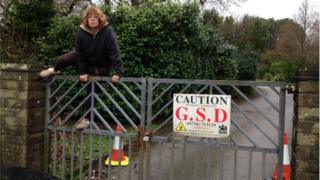 “Distraught” mourners were forced to scale the gates of a graveyard to lay flowers after they were left locked .

Twenty people were shut out of Longstone Cemetery in St Ives before being let in at lunchtime on Christmas Day, with some stuck outside for hours.

Cormac, which maintains the cemetery for the town council, said its staff normally open the gates when they clean the toilets each morning.

The firm said unlocking the gates was “missed” because the toilets were shut.

Better-off 'cashing in' on Help to Buy scheme,...