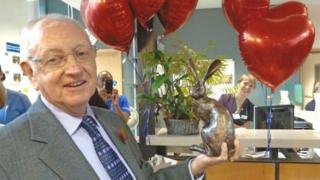 The world’s longest-surviving heart transplant patient has died, 33 years after his life-saving operation.

John McCafferty was told he had only five years to live when he received the transplant at Harefield Hospital in Middlesex on 20 October 1982.

His widow Ann said: “The last 30 years we had together were brilliant. We’ve travelled the world.”