The 25-year-old Australian will receive a £250,000 investment in his digital marketing agency after Lord Sugar told him “You’re hired” in Sunday’s final.

The 20 candidates which began the show were whittled down to a final pair of Wright and Bianca Miller.

“It’s a bit of a rollercoaster ride,” said Wright, “but I’m in it for the long haul.”

He said his family and friends had been unaware of the show, adding they told him: “‘We thought you went backpacking and now you’re on a TV programme with a tycoon starting a business?'”

In the final he went up against Miller, who was proposing to launch a range of tights to match to various different skin tones.

“London particularly is a land of opportunity for young people to start businesses. You can start a business here from your kitchen bench and turn over a million quid – what other place in the world can you do that?” he said.

“In Australia the population’s not big enough and the dollar’s not strong enough.” 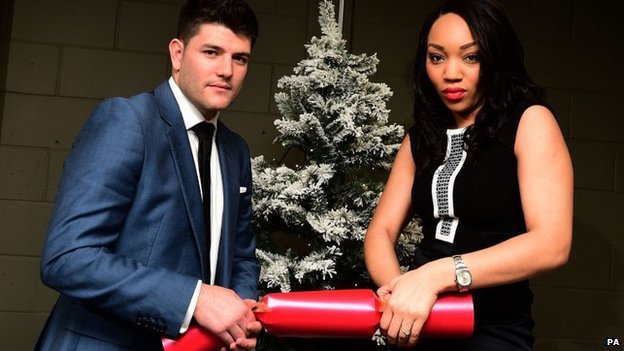 Sunday’s show saw previous candidates from the series invited back to help the two finalists in their pitches to the relevant industries to try to sell their business plans.

Miller, 25, said: “If you lose to someone who isn’t very good, it’s upsetting, but Mark is very credible.