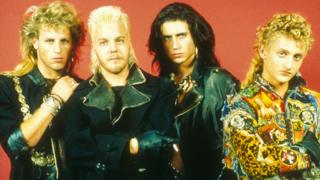 Brooke McCarter, best known for playing a vampire in The Lost Boys, has died at the age of 52, his family has said.

The US actor played Paul, a member of Kiefer Sutherland’s blood-sucking gang, in the 1987 horror comedy film.

In a statement, his “heartbroken” family said he died on Tuesday “from the genetic liver condition alpha-1 antitrypsin deficiency (AAT)”.

All you need to know about Harry Styles'...

The Miniaturist to be adapted for TV