A novel by British-born author Malcolm Lowry is being published 70 years after its manuscript was thought to have been destroyed in a fire.

Lowry is best known for his 1947 modernist classic Under the Volcano.

He spent a decade working on In Ballast to the White Sea, but the draft was lost when his shack near Vancouver in Canada burned down in 1944.

However, it has transpired that Lowry had given an early copy to his first wife’s mother.

The book’s belated publication will be marked on Saturday with a special event at the Bluecoat art gallery in Liverpool. The gallery hosts an annual celebration of the author, who was born in nearby Birkenhead.

He did not achieve widespread success in his lifetime, with Under the Volcano only gaining popularity after his death in 1957.

In 1998, Under the Volcano was placed at number 11 on the New York Modern Library’s list of the best novels of the 20th Century.

Lowry had written In Ballast to the White Sea – an autobiographical story of a Cambridge University student who travels to meet a Norwegian author – before Under the Volcano.

Lowry himself went to Cambridge and worked as a coal-shoveller on a ship bound for Norway in the early 1930s. 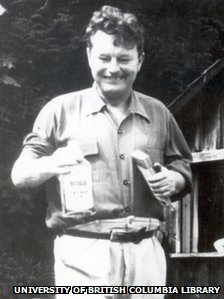 Lowry lived in Canada, Mexico and Italy before dying in Sussex in 1957

He had given a copy of the manuscript to the mother of his first wife, Jan Gabrial, in New York in 1936.

By the time of the …read more

Gone Girl | Have You Told Me Everything? TV Commercial [HD] | 20th Century FOX

Dismaland on its way to refugee camp