A silent Sherlock Holmes film made in 1916 and featuring the only screen performance by William Gillette has been found in the French film archive.

The film, thought lost forever, had been wrongly catalogued decades ago by staff at the Cinematique Francaise.

US actor Gillette made his name as Holmes mainly on stage, bringing his trademark deerstalker and pipe to life for the first time.

The movie is being restored and will be shown at a French festival next year.

It is due to be premiered in the US at the San Francisco Silent Film Festival in May 2015.

Gillette, who died in 1937, gave the definitive portrayal of the Sir Arthur Conan Doyle’s legendary sleuth during his lifetime, adopting many of the traits that have been seen since and survive to this day.

He was also a playwright, and wrote the story for the 1916 film which was simply entitled Sherlock Holmes. 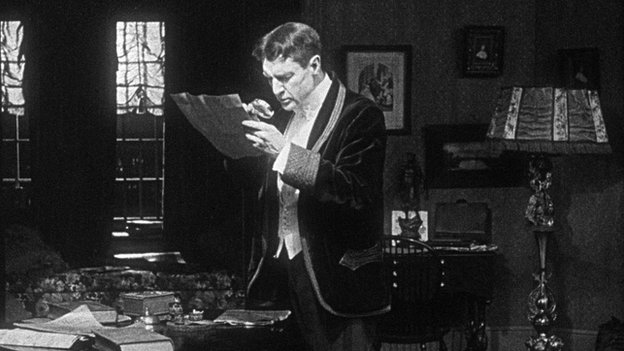 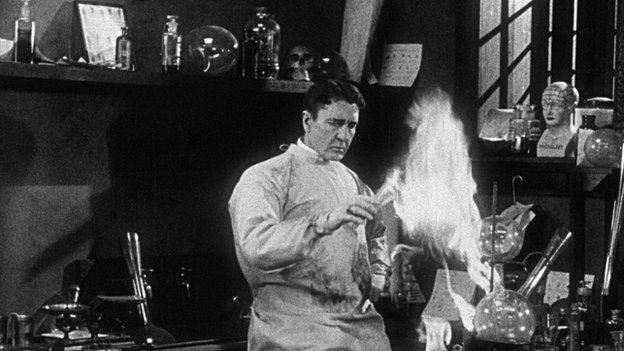 Holmes was depicted as a scientific genius back in 1916

It was made in Chicago in 1915 at the Essanay Studios, which is best known for a series of short Charlie Chaplin films made around the same time.

The feature-length film contained elements from various Conan Doyle mysteries featuring the famous detective, and was presented in promotional material as being in seven acts.

The version uncovered in Paris had captions in French and was ready to be colour-tinted specifically for the French market at the time.