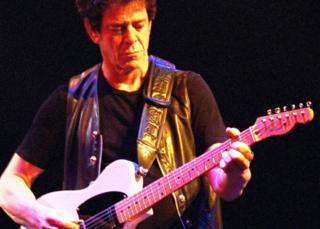 An installation of Lou Reed’s guitars and amps in feedback mode is to get its UK premiere at the Brighton Festival which is being directed by his widow.

Work from Turner Prize-winning artist Gillian Wearing and performances from singer Beth Orton will also feature during the three-week event.

She said the feedback made by her late husband’s guitars would be “as close to Lou’s music as we can get these days”.

She added: “I’ve been part of the festival several times and it is so big and sprawling and exciting and there’s so many different things going on – it really has a kind of celebratory, crazy, art party feel to it. And I love the theme of home and place.”

The theme of the festival, which is being held between 7 and 29 May, is home”.

She said: “It is especially relevant with so many people in the world on the move now looking, like all of us, for a place we can belong.

“Maybe because I’m a working musician and often on the road, the idea of home is pretty appealing to me.”