Lynda Bellingham was a panellist on Loose Women for many years

Late actress and presenter Lynda Bellingham had shared her hopes for a final Christmas in a special edition of Loose Women being broadcast later.

She died on Sunday aged 66, weeks after making her decision to end her cancer treatment public.

The former Loose Women panellist said in her final TV interview she was “obsessed” with Christmas and was determined to see one more.

Bellingham also said she wanted to be remembered for her honesty.

She died in the arms of her husband, Michael Pattemore, after suffering from colon cancer which then spread to other parts of her body. 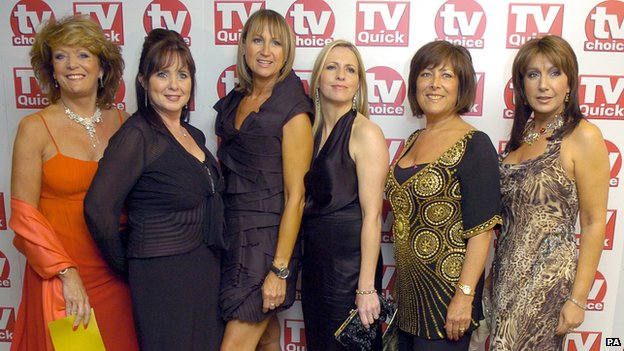 He was in the studio audience for the recording of the interview with Bellingham’s friends and former colleagues Janet Street Porter and Coleen Nolan, during which she insisted she would make it to another festive season.

“Bloody right I am! I am. I am,” said Bellingham, who was given a standing ovation as she entered the studio.

“We’re going to go to the hotel and have the meal, but just my little bit of control – we’re going home for pudding and presents, it’s exciting.”

She revealed she had been sending her husband and sister Jean out to get presents and “bizarre things” and discussed how much she loved a real Christmas tree and would be getting one, despite Mr Pattemore not being a fan.

Bellingham also said she had struggled with scaling back her acting since being ill, but said her friend Kay Mellor had written her …read more