Hamm, whose other credits include 30 Rock and film drama Million Dollar Arm, will be joined by fellow actors Rafe Spall and Oona Chaplin.

“I am beyond thrilled to be a part of the Black Mirror Christmas Special. I have been a massive fan of the show since its inception,” Hamm said.

The 90-minute special starts filming in the UK this week.

Hamm added that Black Mirror’s “dark humour and intelligent observation of our society and values hooked me deeply as a viewer and I’m honoured that Charlie and the rest of the creative team have asked me to participate in wishing everyone a very Merry Christmas”. 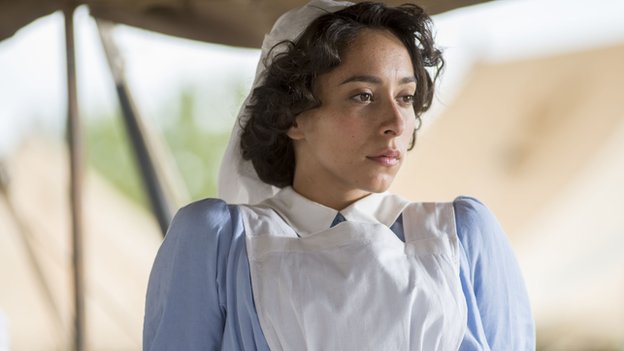 The series takes a bleak look at modern society, and is more specifically concerned with how technology affects our lives.

The first episode of Black Mirror back in 2011 won a Golden Rose for best comedy at the Rose d’Or Television Festival.

Journalist and broadcaster Brooker said: “I’m revoltingly happy that Jon, Rafe and Oona are participating in the horrible pageant that is Black Mirror. As far as I’m concerned, their presence is a huge Christmas present that’s arrived early.”

Black Mirror describes itself as an anthology series which taps into our contemporary unease about the modern world.

Chaplin, who is the granddaughter of silent movie star Charlie Chaplin, has starred in TV series including BBC One war drama The Crimson Field, HBO fantasy drama Game of Thrones and BBC Two political thriller The Hour.

Spall’s body of work includes the films Prometheus, Life of Pi and Shaun of the Dead.