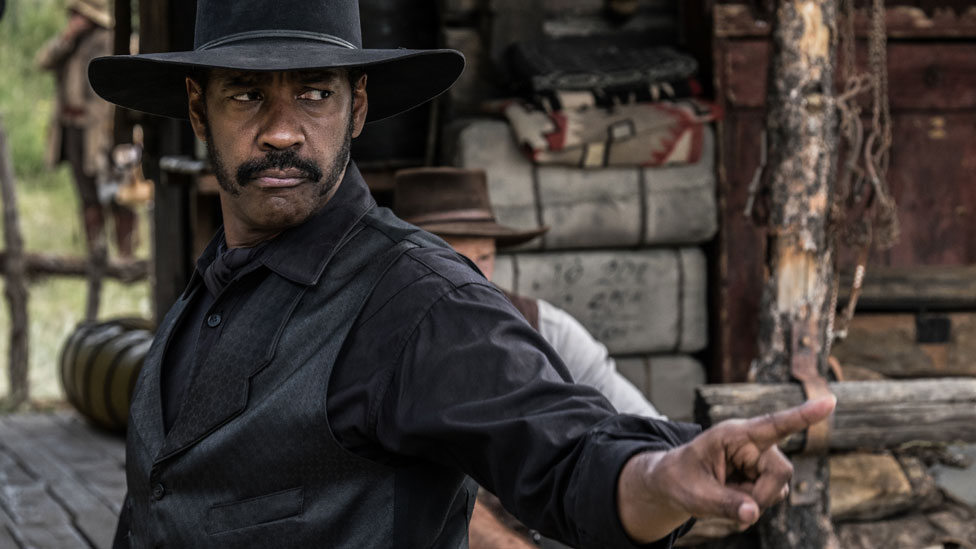 The upcoming remake of The Magnificent Seven has been chosen to launch this year’s Toronto Film Festival.

Oliver Stone’s film about whistle-blower Edward Snowden, Ewan McGregor’s first feature as a director and a film version of children’s book A Monster Calls will also screen at the event.

The 41st Toronto International Film Festival runs from 8 to 18 September.

Antoine Fuqua, director of The Magnificent Seven, said he couldn’t “think of a better place, or a better crowd for the film’s world premiere.”

Snowden, starring Joseph Gordon-Levitt as the US National Security Agency contractor who leaked top secret intelligence files, is among a number of other high-profile titles to have gala premieres at the Canadian festival.

Others include McGregor’s American Pastoral, an adaptation of the Philip Roth novel, and A Monster Calls, in which Liam Neeson will be heard as the voice of a tree monster who befriends a young boy.

Deepwater Horizon, a film about the 2010 Gulf of Mexico oil spill starring Mark Wahlberg, and LBJ, a biopic of US President Lyndon B Johnson starring Woody Harrelson, will also have their first screenings.

The event will close with the world premiere of The Edge of Seventeen, a film about a young girl’s coming of age in which Harrelson also appears alongside True Grit’s Hailee Steinfeld.

British films in the mix include Their Finest, in which Gemma Arterton and Bill Nighy play filmmakers trying to make a morale-boosting film during The Blitz.

A United Kingdom, in which David Oyelowo plays a real-life African king who married an Englishwoman, will also screen in Toronto before launching the London Film Festival in October.