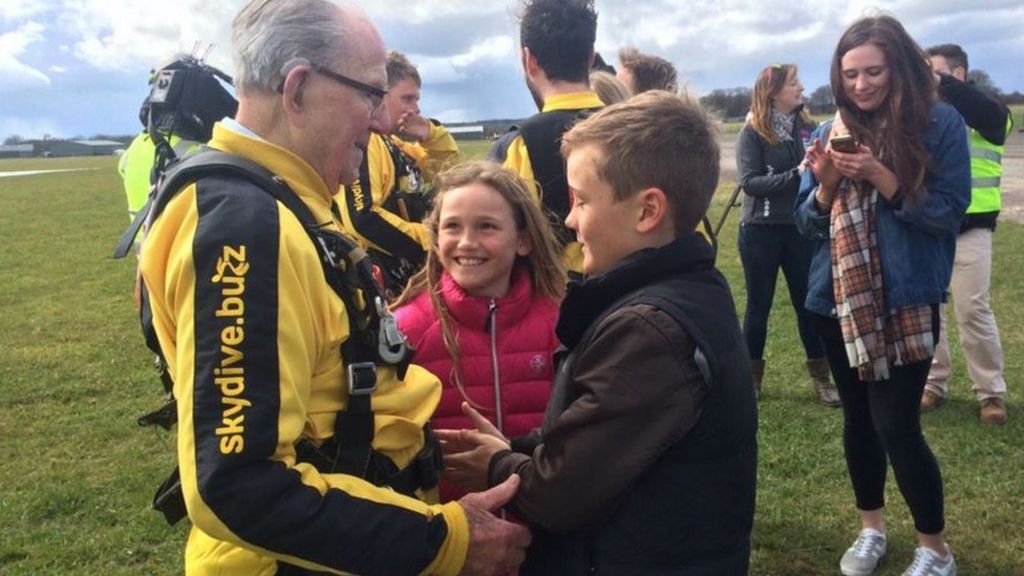 Verdun Hayes, from Somerton, made the jump at Dunkeswell Airfield near Honiton, Devon, to raise money for the North Devon Hospice.

The centenarian, who has wanted to skydive since he was 90 years old, is thought to have become the UK’s oldest skydiver.

He said he might jump again next year, adding: “It was better than I expected, I thoroughly enjoyed it. Coming out of the aeroplane and going into freefall was lovely.”

But was he scared? “Not in the least. I had a good man with a parachute behind me.”

The daredevil – who celebrated his 100th birthday on 6 April – made the jump alongside his two great-grandsons.

Beofre the jump, his daughter Lin Tattersall, said he was “always doing something he shouldn’t be doing” and despite her initial shock she was “secretly proud” of him.

“I said: ‘No Dad, I don’t think you should do it’ but over the months he’s convinced me that he really wants to do it,” she said.

“In the UK he is the oldest man to do this skydive – so he’ll get the record and he’ll enjoy it but I’ll enjoy it when it’s over and they’re all on the ground.”

The current Guinness World Record for the oldest tandem male parachute jump is held by Canadian Armand Gendreau, who was 101 years and three days when he made the jump in 2013.