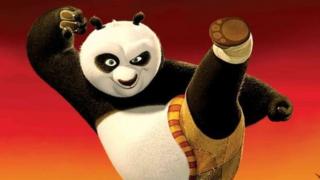 Panda Po, voiced by Jack Black, is the star of the Kung Fu Panda films

A Massachusetts man has been accused of fraud and perjury by prosecutors for allegedly back-dating drawings that he used as evidence to sue DreamWorks.

Jayme Gordon, 51, took out a lawsuit in 2011 against the company behind the Kung Fu Panda films, claiming he had invented the title character.

Prosecutors say Mr Gordon created his scheme after seeing a trailer for the first film in the series in 2008.

Pharrell: Everything inspired by something