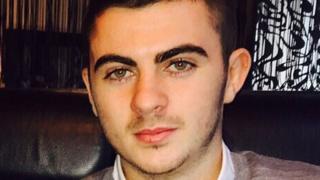 A man accused of killing a charity fundraiser with a single punch near Tower Bridge has pleaded guilty.

Lloyd Smythe, 29, admitted the manslaughter of Tommy Blackmore, when he appeared via video link at the Old Bailey.

Mr Blackmore, 20, of Bermondsey, south-east London, was found fatally injured in June, after getting caught up in a fight on Queen Elizabeth Street.

Smythe, of Staple Street, Bermondsey, is due to be sentenced on 2 October.

Mr Blackmore, a prolific fundraiser and a …read more