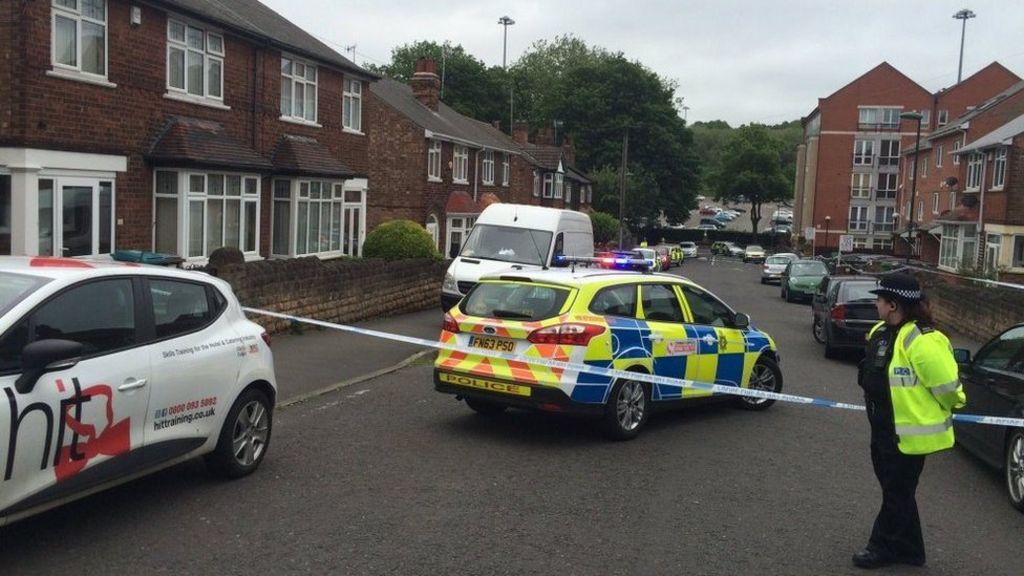 A 23-year-old man has been arrested on suspicion of murder after a man was fatally stabbed in a Nottingham street.

A witness said the victim, named locally as Aqib Mazhar, was stabbed in the back after being targeted by a gang armed with bricks and poles.

The victim, who was in his 20s, was attacked in Russell Road, Forest Fields, on Wednesday evening.

Nottinghamshire Police said he died in hospital and have appealed for anyone with information to contact them.

The Jamia Masjid Sultania mosque in Sneinton wrote in a tribute on its Facebook page: “Our prayers go out to Aqib Mazhar from Forest Fields who passed away last night after being attacked on Russell Road with a knife.

“May Allah swt make it easy on his family during this difficult time.”

The witness said there were several young men in three cars, which all stopped in the street.

“They were throwing bricks, they had poles,” she said.

“As I turned him onto his side all the blood just [went] all over the pavement,” she said.