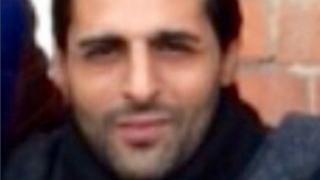 Zabair Hussain, 41, died from multiple injuries after being attacked on New Year’s Eve

A man has been charged with the murder of a 41-year-old man in Sheffield on New Year’s Eve.

Zabair Hussain was discovered badly injured at 23:23 GMT on Staniforth Road, in Darnall, where he later died.

South Yorkshire Police said Idris Sadiq, 30, of Darnall Road, has been charged with murder and is due to appear at Sheffield Magistrate’s Court.

Two other men arrested in connection with the incident have been released on bail.

Lily Allen 'told by cabbie to find an...