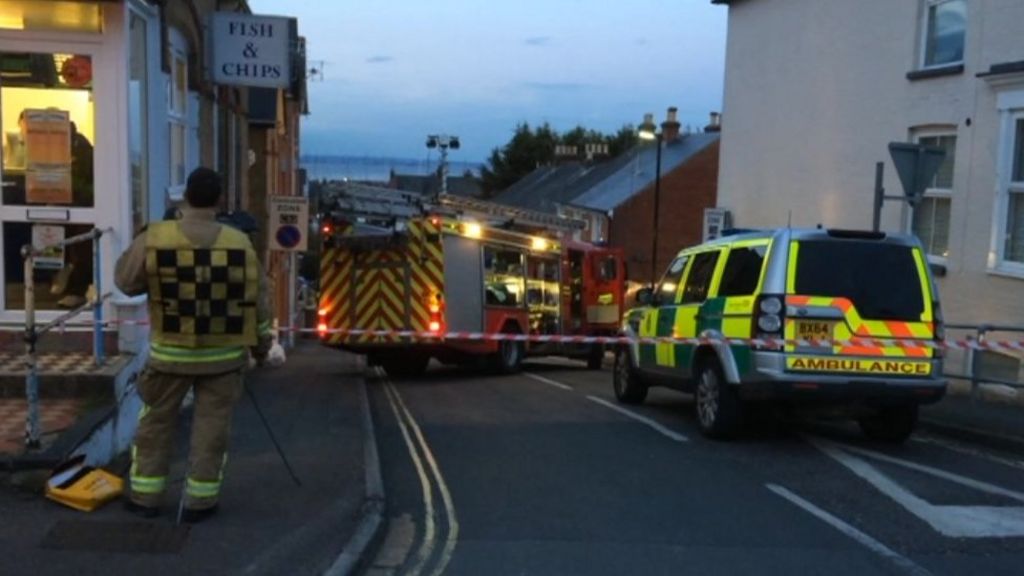 A man has died after a “chemical incident” at house on the Isle of Wight, police have said.

Police cordoned off a house and closed part of St Mary’s Road in Cowes shortly after 19:00 BST on Wednesday.

Hampshire Constabulary said a man in his 20s was initially treated at the scene but later died.

Others living at the property, along with two ambulance service crew, were taken to hospital for checks.

The Isle of Wight Ambulance Service said they were all expected to be discharged later.

Insp Robert Abel, of Hampshire Constabulary, said: “The death is not being treated as suspicious.

“We are still currently at the scene but we would like to reassure residents that there is no wider risk to the community.”

Hazardous materials experts from Hampshire Fire and Rescue Service were sent to the island to identify the chemical.

It is not yet known what caused the incident.

The road remains cordoned off.