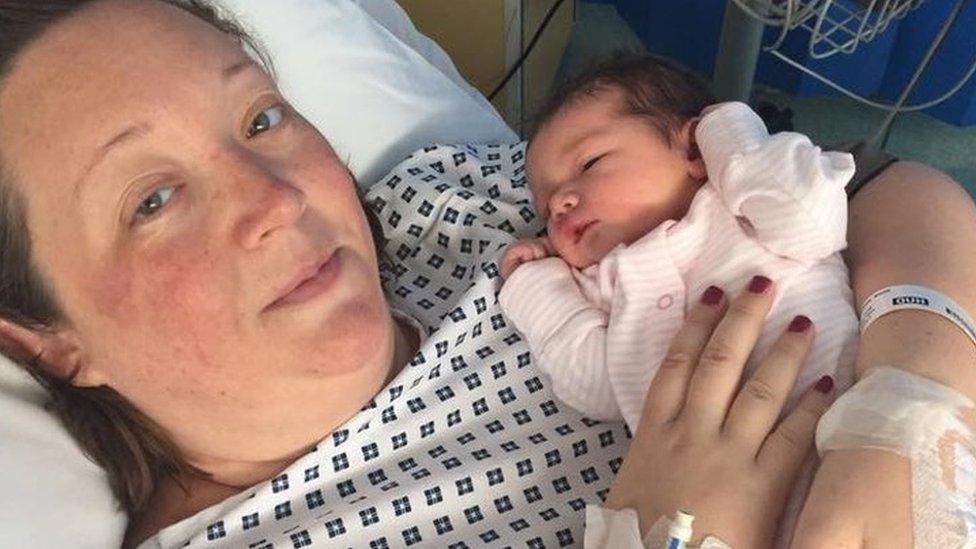 A man is set to hand over a £3,000 cheque to an Oxford hospital to thank staff for saving the lives of his girlfriend and their newborn daughter.

Kevin Smees’ partner Nicola Lansdown collapsed at home with a brain tumour while heavily pregnant in May.

Doctors at the John Radcliffe Hospital performed an emergency Caesarean, and Ms Lansdown was put in an induced coma.

“I owe them everything.”

Ms Lansdown, also 38, collapsed with a bleed on the brain, two days before she was due to have an induced labour.

After their daughter Lexi was born, Ms Lansdown spent two days in a neurological ward before being placed in an induced coma for four weeks.

She can now say up to 100 words, has some feeling in her right side and is due to start rehabilitation in a week.

Speaking about the staff at the John Radcliffe, Mr Smees said: “I can’t stop thinking how great these people are… they really know their stuff, so I feel I just want to give something back.

“What they did over there was absolutely amazing.

“I thought if I could get £500 I’d be happy but the generosity of friends, family and some people completely anonymous… it just shows what kind people there are out there.

“I’m amazed really. I’m very shocked and stunned and very appreciative of everything that people have done.”

He described Lexi as a “very good little girl”.

“She’s had the odd moment like babies do, but in general I can’t complain at all,” he said.

“From what was a bad situation… to where Nicola is today, it’s an absolute miracle. That’s the only way I can describe it.”

Baby boy 'taken from his home'