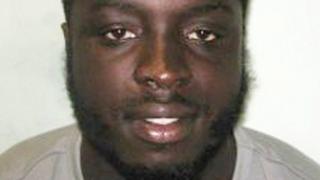 A man who killed his ex-girlfriend’s unborn child during an attack in south-east London has been jailed for life.

Kevin Wilson, 22, kicked and stamped on Malorie Bantala’s stomach when she was eight months pregnant with his son after she refused to have an abortion.

He was found guilty of child destruction and GBH on 17 December.

Wilson will serve at least 16 years in prison. His accomplice, Taffari Grant, 17, was given a 10-year …read more