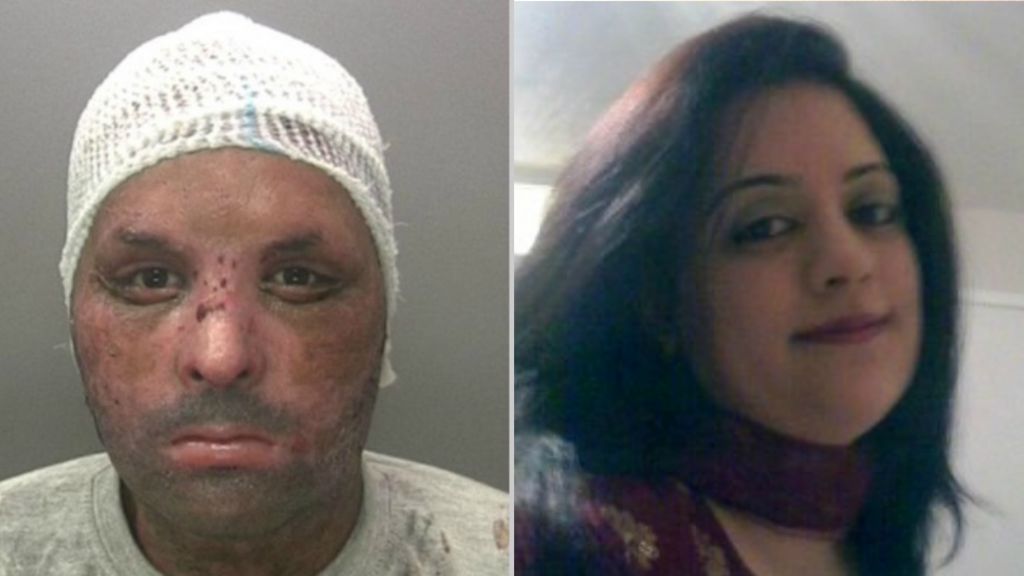 A man who killed his wife by setting her on fire during an argument while decorating has been jailed for murder.

Muhammed Hammad poured white spirit on Nazia Akhtar, 31, during a row at their home in Birmingham in April 2015, the city’s crown court heard.

He set himself alight to suggest the fire was an accident but his wife told police what happened before she died.

Hammad, 30, was found guilty of murder, given a life sentence and told he would serve at least 25 years in jail.

While decorating at their home in Fox Hollies Road in Acocks Green, the pair got into an argument, the court heard.

Neighbours heard the couple’s screams as they staggered out of the house with severe burns after Hammad had doused them both with white spirit, West Midlands Police said.

They were both taken to hospital and placed into induced comas.

The husband and wife initially claimed the fire had been caused accidently by a cigarette setting some white spirit alight.

However, fire investigators and medical experts doubted their claims because of the severity of the burns.

Hammad was charged with murder when Ms Akhtar suddenly died in hospital on 12 June.

Det Insp Justin Spanner, who led the murder investigation, said: “This was an unusual investigation where the victim, Nazia Akhtar, awoke from a coma and was able to give us an account of the circumstances leading to her sustaining her injuries.

“Her account was recorded and played to the jury. They were able to hear it in her own words. She was unaware she would pass away as a result of the deep burn injuries.”

Canoe fraudsters 'have no assets'