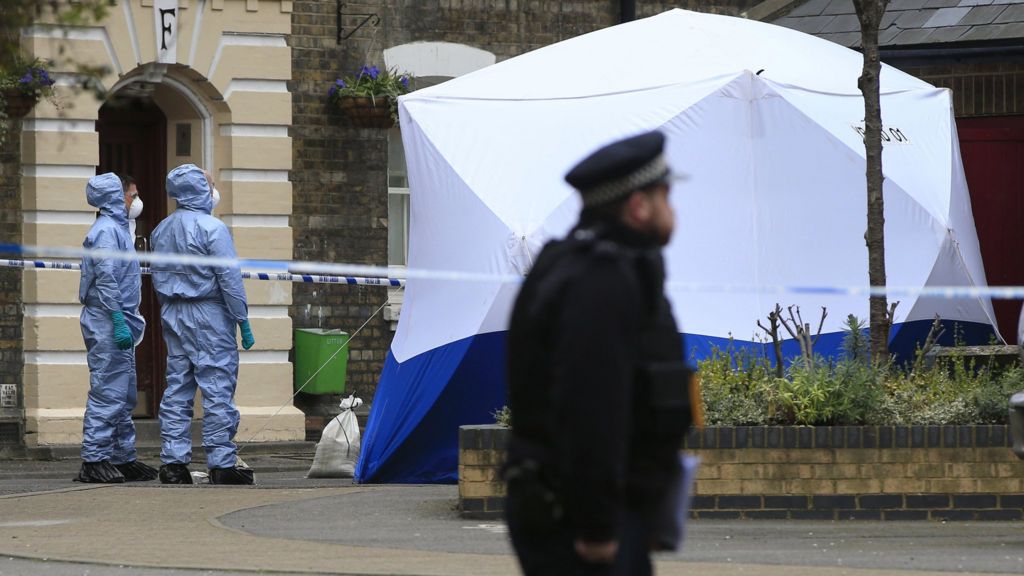 A man has been charged with murder following the discovery in a London flat of human remains thought to be that of a missing police officer.

Police said Stefano Brizzi, 49, had been held after the remains were found at his Southwark home on Thursday.

He will appear via video link at Bromley Magistrates’ Court on Monday.

PC Gordon Semple, 59, from Greenhithe, Dartford, was last seen in CCTV footage on 1 April. An officer for 30 years, he was reported missing the same day.

He was originally from Inverness and had worked for Bank of Scotland before joining the police.

On the day he went missing he had a work meeting at the Shangri-La hotel in the Shard, which he left at about 12:30 BST.

He was captured on a security camera in Great Guildford Street at 15:00 BST and his partner reported him missing later that day.

Scotland Yard’s homicide unit joined the search effort for PC Semple, leading to the discovery of the remains at the flat on the Peabody Estate.

Due to the condition of the remains, it would take “some time” to establish a cause of death and carry out formal identification, police said.

His family issued a statement after the find thanking people for their “support throughout this difficult time”.

“Your support and help to find Gordon was overwhelming. He was a loved partner, brother, uncle and friend to many,” they added.