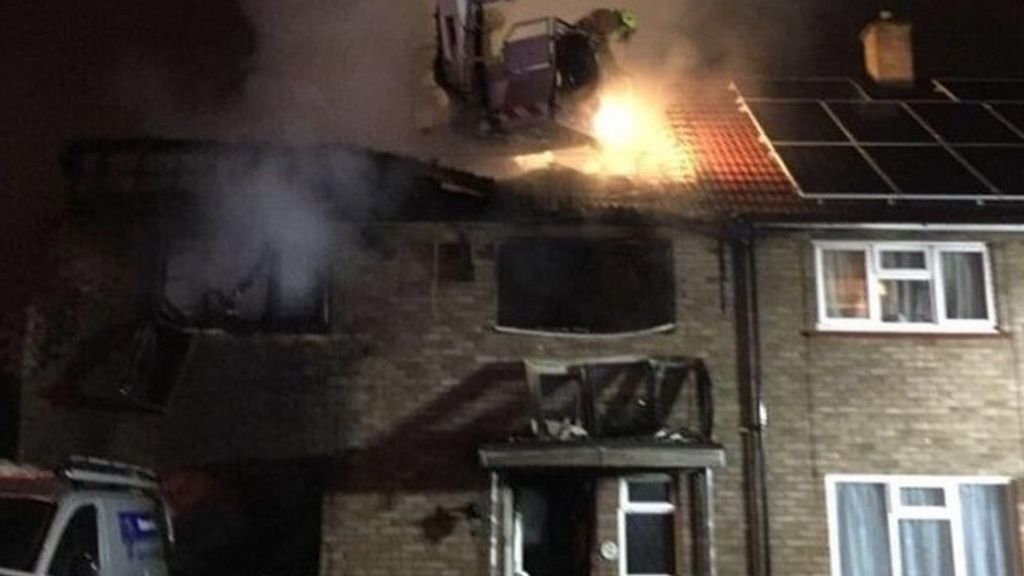 An explosion and fire at a house in Hertfordshire left one man seriously injured.

The man was taken to hospital after being pulled from rubble at the property in Cavell Walk, Stevenage.

Emergency services were called to the house at about 21:20 GMT on Thursday following reports of an explosion.

An investigation is now under way to establish what caused the fire, a police spokesman said.

“A possible gas leak is a current line of enquiry,” said the spokesman.

Members of the public are advised to avoid the area.

A spokesman for Hertfordshire Fire and Rescue said: “The first fire pump arrived within five minutes of the call.

“Crews were faced with a serious fire affecting the first and second floor of a semi-detached domestic property, which had also been severely damaged by an explosion.”