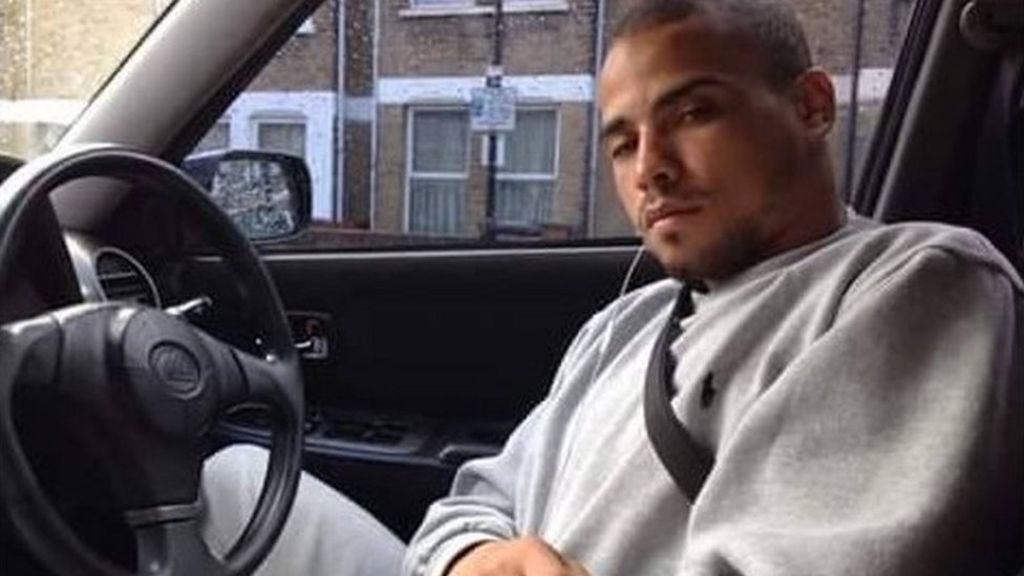 A man shot dead by police as they foiled an attempt to free a prisoner was speaking to two accomplices moments before his death, a jury has heard.

Jermaine Baker, 28, from Tottenham was sitting in a car when he was killed by a single shot on 11 December 2015.

He was allegedly part of a gang trying to spring Izzet Eren from a custody van as he was being driven to an appearance at Wood Green Crown Court.

Two other men, Nathan Mason and Gokay Sogucakli, have admitted being part of the escape plot.

The jury at Woolwich Crown Court was told a police surveillance bug placed in a stolen car, in which Mr Baker was waiting with Mason and Sogucakli, had picked up conversations between the men.

The court heard the recording of what is thought to be Mason taking a phone call at 09:00 BST, which appeared to tell him where in the prison vehicle they should expect to find Izzet Eren.

The man is heard telling the others: “See, as you go in, yeah, it’s the first door on your right.”

A voice believed to have been Jermaine Baker is then heard saying: “So the door’s here, boom boom.”

The person who is believed to be Sogucakli can be heard then asking what they mean, to which the man thought to be Mason replies: “In the van, the first door on the right, that’s where he is.”

Izzet Eren, who had been convicted of a firearms offence, had secreted a mobile phone in the van and was using it to organise his escape.

He has admitted arranging for the men in the car to free him by holding up the van using an imitation Uzi machine gun.

Traffic warden run over by driver on Isle...

May to seek snap election for 8 June