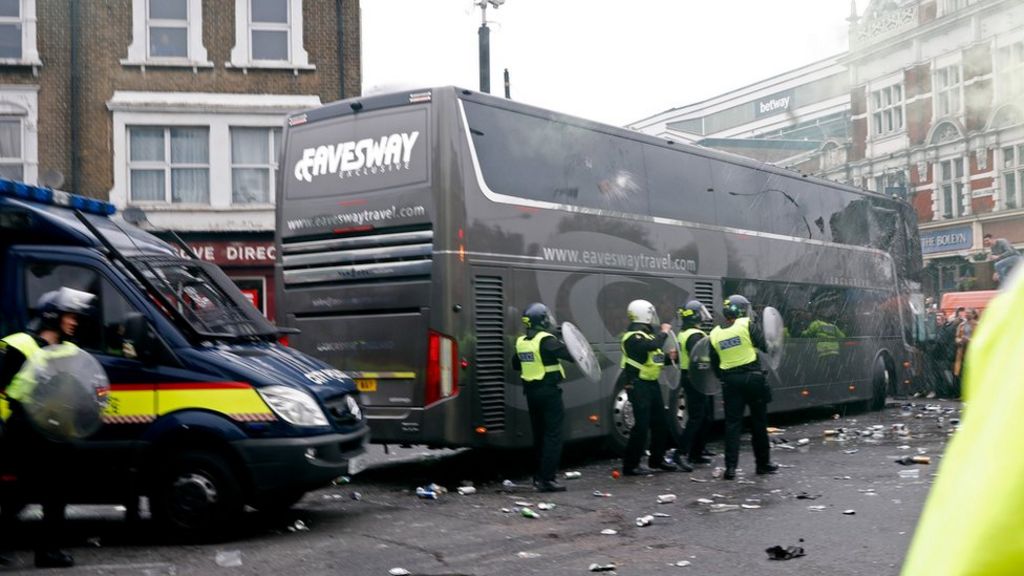 A man has been arrested in connection with an attack on Manchester United’s team bus outside West Ham’s Boleyn Ground.

The suspect, 28, handed himself in at an east London Police station on Friday, the Met said.

He arrested on suspicion of violent disorder and was bailed until mid-August.

Images of three men still wanted over Tuesday’s attack were released by the force.

Bottles and other objects were thrown at the coach as it got stuck in traffic en route to the stadium.

The disorder left four policemen injured and West Ham said it would ban for life any fan found responsible.

Two men, aged 18 and 47, who were arrested for pitch incursion have been bailed to return on a date in late May.

A 20-year-old man who was arrested for throwing bottles at police officers has been bailed to return on a date in August.