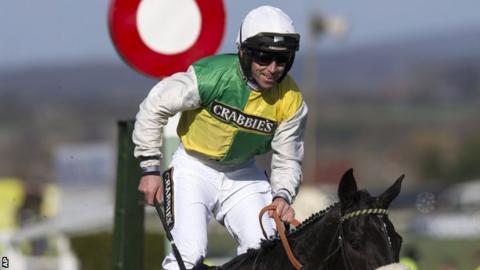 Last year’s winner Many Clouds will bid to emulate Red Rum by winning back-to-back runnings as 40 horses line up for the Grand National on Saturday.

Jockey Leighton Aspell, also successful in 2014 on Pineau De Re, is seeking a historic third consecutive victory in the famous race over 30 fences.

Coverage of the £1m race is expected to be followed by 600 million people worldwide.

Bookmakers say more than £150m will be wagered on the race.

Two-time winner Ruby Walsh, who was set to ride Sir Des Champs, was ruled out with a fractured wrist after falling twice on Friday.

The Aintree showpiece – run over nearly four and a half miles – has been put back an hour to 17:15 BST, avoiding a clash with the afternoon’s football fixtures, in an effort to increase audience figures.