British actress Joanna Dunham, famed for her role in The Greatest Story Ever Told, has died aged 78.

The actress was recommended by Marilyn Monroe to take on the role in the Biblical epic.

The film, which also starred Max von Sydow as Jesus and Charlton Heston as Pontius Pilate, was nominated for five Academy Awards.

Dunham was spotted by Monroe in New York in 1962, who had seen her performance in Franco Zeffirelli’s production of Romeo and Juliet.

She taken over the lead role of Juliet from Judi Dench.

The actress went on to appear in A Day at the Beach in 1972 and Peter Duffell’s 1971 horror classic The House That Dripped Blood, opposite British actors Denholm Elliott, Peter Cushing and Christopher Lee. 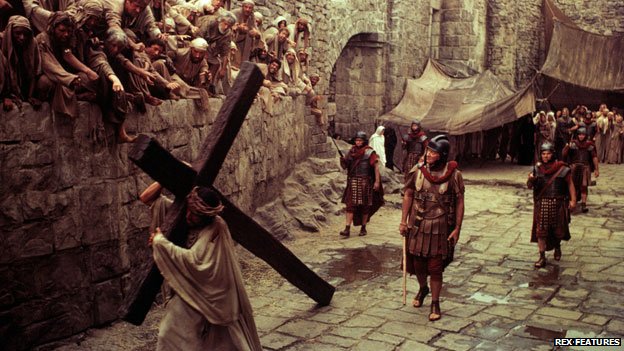 The Greatest Story Ever Told was nominated for five Academy Awards

Her later TV movie roles included Lady Catherine in Leslie Megahey’s The Hour of the Pig in 1992, with Colin Firth and Nicol Williamson, and as Raine Spencer in Diana, A Tribute to the People’s Princess, in 1998.

The actress also appeared on British TV in hit series including Van der Valk and Are You Being Served?

Later in life, Denham turned to her love of painting and created a gallery in a converted farm building at her home in Suffolk, where she lived with her second husband, playwright and novelist Reggie Oliver.

She held exhibitions at the gallery and also also showcased her art work at the New English Art Club in London and the Royal Society of Portrait Painters.