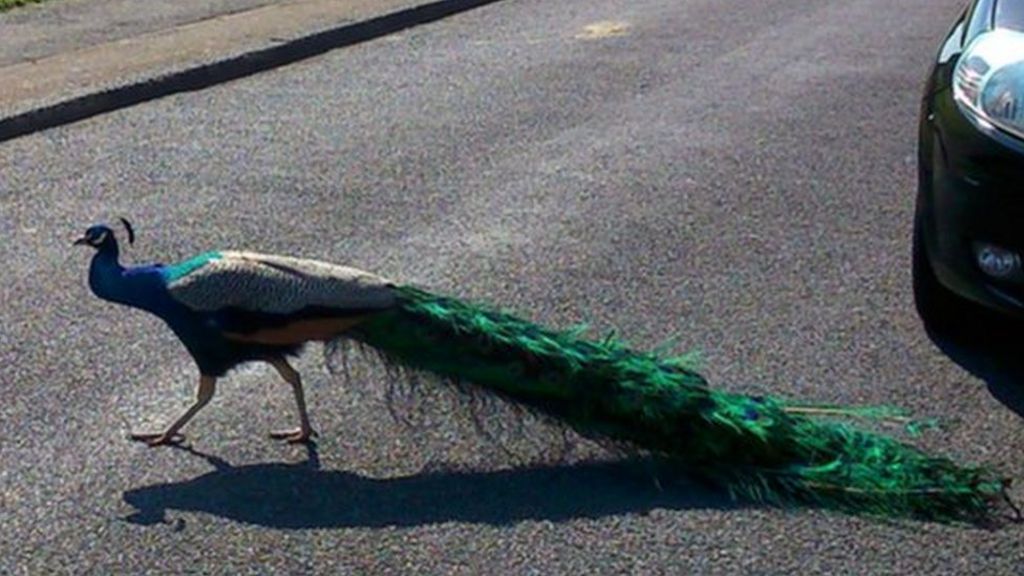 Up to 30 mating peacocks and hens have ruined the peace of a village with all-night noise and attacks on cars, residents have claimed.

The birds are roaming loose in Ushaw Moor, County Durham and “causing mayhem” by fouling the streets and scratching vehicles with their claws and beaks, they say.

Durham County Council said it was investigating complaints about noise.

A petition demanding action said they have caused problems for six years.

Organiser Graham Bridge said the birds screech throughout the day and cause disturbance during the night as they sit on roofs and call out to each other.

The peacocks also scratch and peck cars, convinced their reflection in the paintwork is a rival bird.

Mr Bridge said a resident’s car was attacked so violently the peacock left blood on the vehicle.

A further nuisance is the muck the roaming birds leave, he added.

“It is evil stuff,” Mr Bridge said. “When it’s soft it is flipping awkward to get out of anything. The best method is to let it dry, but you wouldn’t want to do that.”

There is some dispute over the exact number of birds and where they have come from.

Mr Bridge estimates there are 30 of them and said a neighbour once found 13 sitting on his decking.

Durham County Council said it had received complaints about noise and was investigating to determine whether the birds create a statutory noise nuisance under the Environmental Protection Act 1990.

Chris Collett from the RSPB said the birds “fall into a grey area as far as the law is concerned”.

“This is a difficult one because peacocks are not classed as wild bird which have protection in law,” Mr Collett said.

“They are classed as domestic birds, but clearly the ones in question are feral and have no owner.”

What’s wrong with the BBC? This entry passed through …read more

Pregnant women with severe sickness ‘not told of...