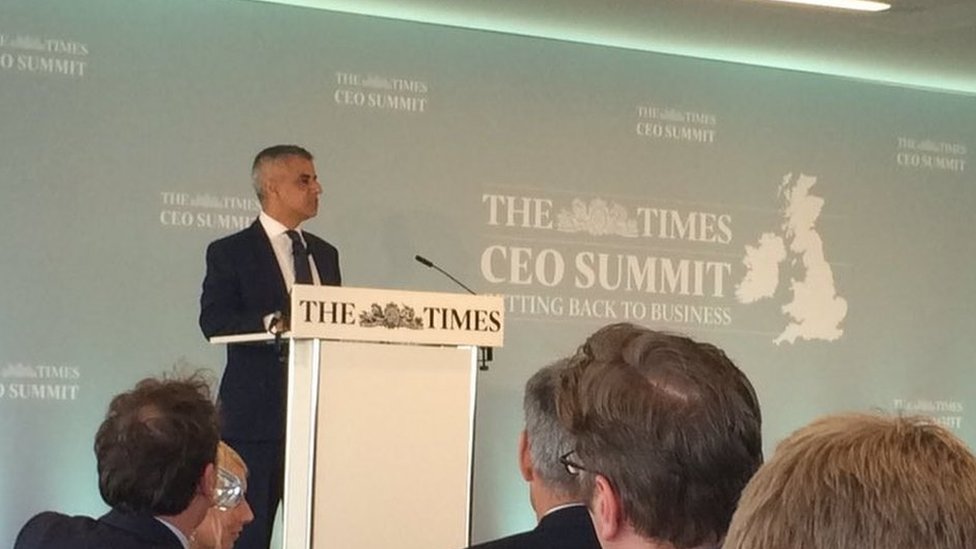 London Mayor Sadiq Khan has called for the capital to be given more powers on how it spends the money it makes.

Speaking to business leaders, he called for London to have more autonomy in the aftermath of the EU referendum.

His speech came as a petition for London to become an independent state reached 175,000 signatures.

Responding, Mr Kahn said: “As much as I might like the idea of a London city state, I’m not seriously talking about independence today.”

He added: “I am not planning to install border points on the M25.

“But on behalf of all Londoners, I am demanding more autonomy for the capital – right now.

“More autonomy in order to protect London’s economy from the uncertainty ahead, to protect the businesses from around the world who trade here and to protect our jobs, wealth and prosperity.”

Mr Kahn said he was not “asking for London to get a bigger slice of the British pie”, but for Londoners to “get more control over the slice of the pie we already get.”

City Hall said the mayor was looking for the devolution of fiscal responsibility, including tax raising powers, as well as more control over business and skills, housing and planning, transport, health and policing and criminal justice.

Prime Minister David Cameron has said that London would have a seat in the negotiating table following Brexit.

London Councils supports the mayor and its chair, Jules Pipe, said: “London government is speaking with one voice on this issue. We need more power over our own destiny to help cope with the fallout of leaving the EU.”