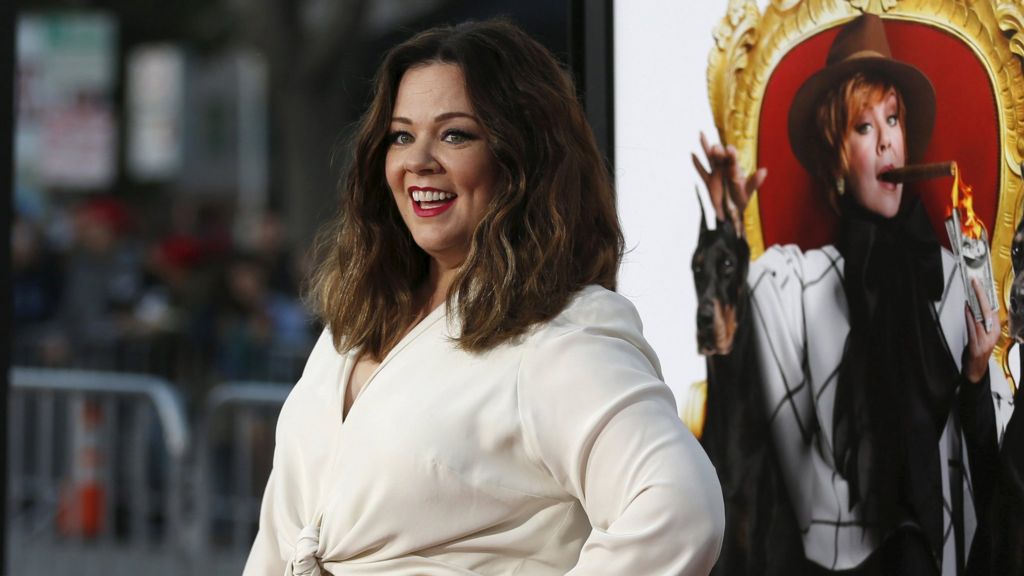 Melissa McCarthy’s new comedy The Boss has unseated Batman v Superman: Dawn Of Justice from the top of the North American and Canadian box office.

The film, in which McCarthy plays an eccentric tycoon, took $23.5m (£16.5m) over its Friday to Sunday debut.

The Ben Affleck and Henry Cavill movie has defied poor reviews, having taken almost $300m (£211m) in the US.

The film, in which Affleck plays Batman and Cavill takes the role of Superman, now ranks as the third highest-grossing DC Comics release to date in the US, according to Box Office Mojo.

Its box office haul has now surpassed 2013’s Man of Steel, also starring Cavill, which took $291m (£205m). However, Dawn of Justice’s takings has dropped by 54% since its first week of release.

The Boss was co-written by Bridesmaids star McCarthy and her husband Ben Falcone.

Critics had not expected it to perform well, but the film has done better than McCarthy’s 2014 comedy Tammy.

Now in its sixth weekend of release, the animated film featuring the voices of Jason Bateman and Ginnifer Goodwin has made a US total of $296m (£208m).

The weekend’s only other newcomer, action thriller Hardcore Henry, opened in fifth place with takings of $5.1m (£3.6m).

Shot through the eyes of Henry in a style similar to a first-person shooter video game, it centres on a man who is resurrected from death with no memory but must discover his identity to save his wife from a murderous tyrant.

The Divergent Series: Allegiant fell to eighth, thriller 10 Cloverfield Lane was at nine and drone drama Eye In The Sky was at 10.

Man found dead at T in the Park