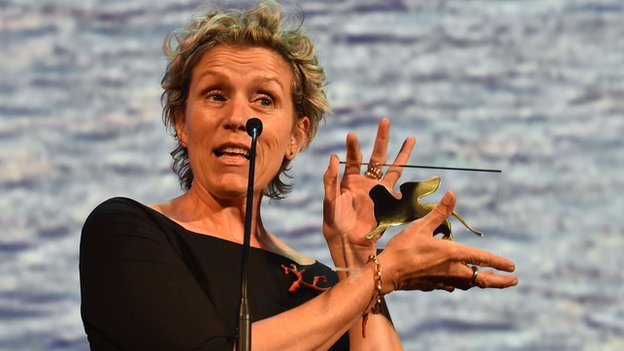 McDormand is also one of four executive producers of Olive Kitteridge, as is Tom Hanks

Oscar-winning actress Frances McDormand has been honoured with the visionary talent award at the Venice Film Festival.

McDormand curtsied on taking to the stage to accept the award before thanking the festival for the “great honour” in Italian.

The actress made her feature film debut 30 years ago in Coen’s Blood Simple. 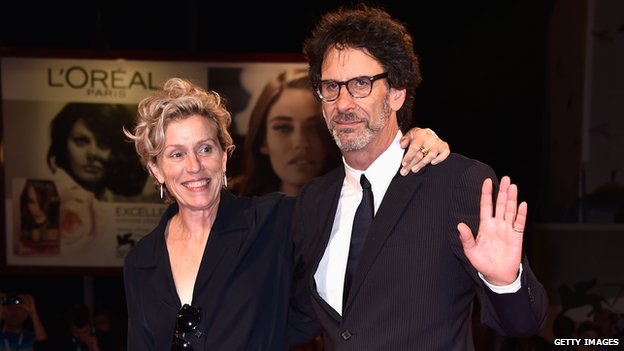 Venice festival director, Alberto Barbera, praised McDormand for her “consistent vision of art and the world that is often positive and… that stands in contrast to today’s dominant system of values”.

McDormand was also in Venice to promote her new HBO mini-series, Olive Kitteridge, based on the Pulitzer prize-winning novel by Elizabeth Strout.

The actress plays a no-nonsense high school maths teacher in the four-part adaptation, which is set to air in the US in November.

McDormand, 57, who won an Oscar for best actress for her role as a pregnant police chief in the 1996 thriller Fargo, said she was “gratified to be at a film festival with Olive Kitteridge”.

Television has “allowed all of us to reinvent on our own terms what we want our professional lives to be”, she said.

“For a female elder, action roles in films are limited, but television opens up new possibilities.”

This entry passed through the Full-Text RSS service – if this is your content and you’re reading it on someone else’s site, …read more