McQueen saddened by US race protests

Steve McQueen, the Oscar-winning director of 12 Years A Slave, says he is “very, very sad, but not surprised” by recent racial tensions in the USA.

The British filmmaker was speaking at the European Film Awards in Latvia, where he was receiving an European Achievement prize for World Cinema.

McQueen said he was “not surprised at all” by the protests, which followed separate decisions not to indict two white police officers for the deaths of two unarmed black men: Michael Brown and Eric Garner.

“I wish I could say I was surprised by this. It’s just very sad that it’s continuing and there’s no end to it.

“I don’t know what else to say, except they just have to continue to try to find a way through it.”

McQueen, whose film 12 Years A Slave won the coveted Academy Award for best film this year, also remarked that he was “saddened” by leaked emails between Sony chairman Amy Pascal and film producer Scott Rudin, which contained “inappropriate” remarks about President Obama.

“I know Scott very well and I’ve had acquaintances with Amy Pascal. They were extremely generous to me. It just makes me sad.

But he adds: “Am I surprised? I’m never surprised, to be honest.” 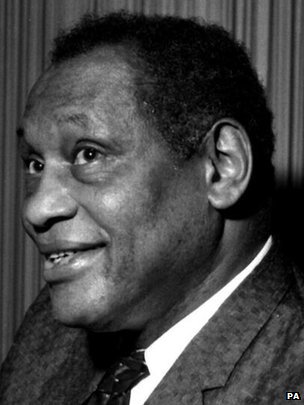 The London-born director, who began his career as a visual artist, holds the rare triumvirate of an Oscar, a Bafta and the Turner Prize.

McQueen, whose previous films include Shame and Hunger, is currently developing a movie about the life of the 20th century US entertainer and civil rights campaigner Paul Robeson.

Top 5 Most Dangerous Cults Ever

Fabric closure: What next for the UK's club...