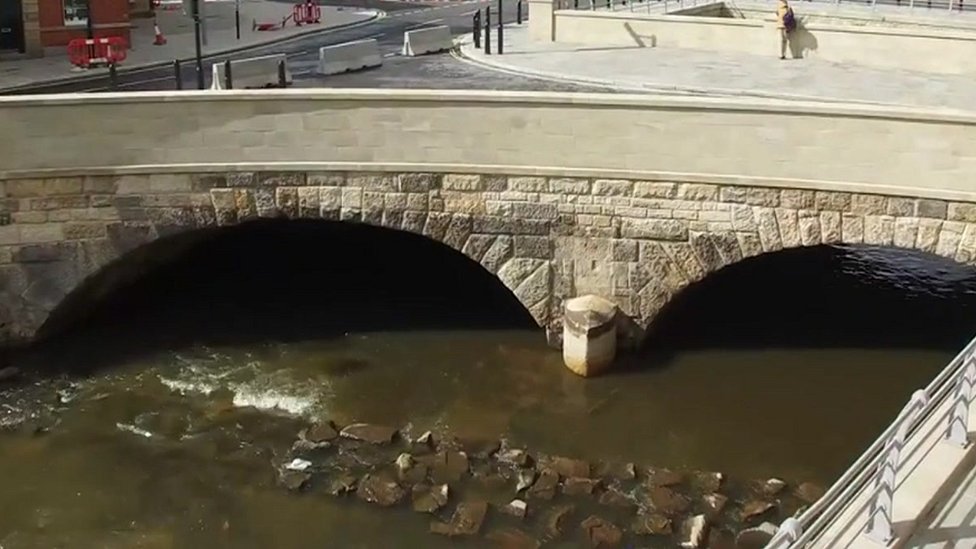 A bridge built in the 14th Century has reopened after it was hidden from view for more than a century.

The crossing in Rochdale, Greater Manchester, was concreted over in 1904 when the tram network expanded.

It re-opened to pedestrians after a £5m project, which also exposed a section of the River Roch in the town.

Work on uncovering the bridge started 18 months ago and is part of a £250m transformation of the town due to end in 2019.

A Rochdale Council spokeswoman said the crossing is believed to have been built in about 1324 when Edward II ruled England.

It expanded as the town grew, with sections added in the Restoration and Georgian eras.

Merchants travelled over the bridge to Yorkshire to buy wool which was then finished in Rochdale’s mills.

In the 1700s it was one of two main routes from Lancashire to Yorkshire, making Rochdale one of the most important towns in the region ahead of the Industrial Revolution.

The council said the re-exposed section of the river would help prevent flooding.