Artwork from this year’s 12 Mercury nominees

The music world will find out later who has won the 2014 Barclaycard Mercury Prize for the best British or Irish record of the last 12 months.

The acts who made the shortlist include Blur’s Damon Albarn, poet and rapper Kate Tempest, alt-R&B singer FKA Twigs and electro-funk duo Jungle.

Nick Grimshaw will host this year’s awards ceremony, to take place at the Roundhouse in north London.

The BBC Radio 1 DJ said it was “a real honour” to present an awards show that “celebrates the best British talent that we have to offer”. 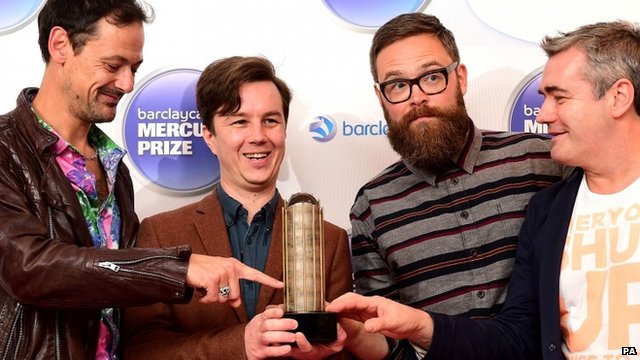 Nominees give their reaction to …read more

VIDEO: Inside the house that Grayson built