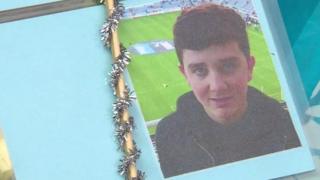 The Metropolitan Police has apologised to the family of an 18-year-old for suggesting his death was connected with nitrous oxide and alcohol.

The Met admitted its initial statement had “inferred” his death may have been linked to substances he had ingested.

A post-mortem examination concluded he had died of natural causes.

It is now known he suffered from an undiagnosed significantly enlarged heart which caused sudden arrhythmia death syndrome.