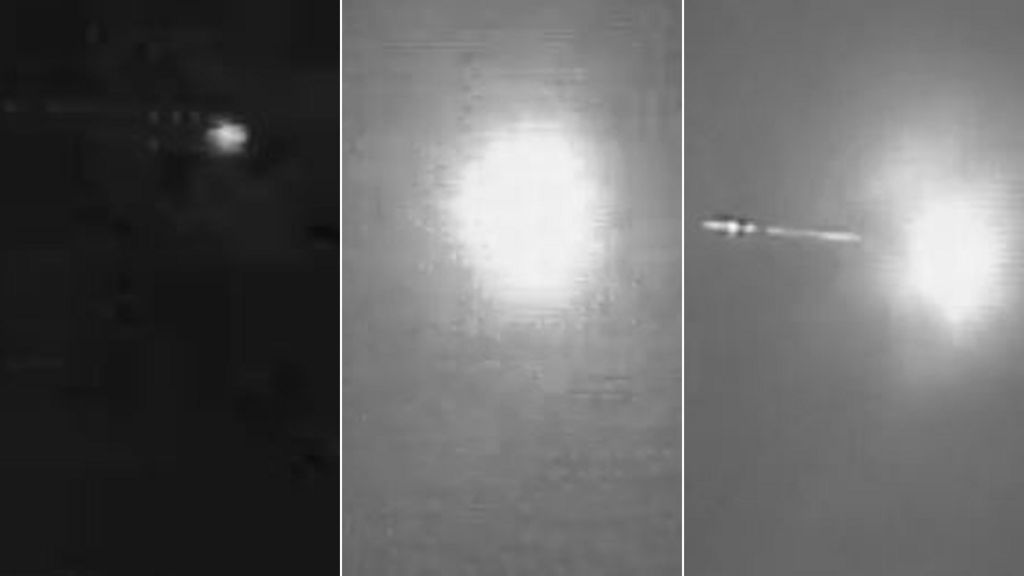 A bright meteor has been sighted in the early hours above Britain.

Witnesses have described the object as a green flash moving south to north for a few seconds, leaving a magnesium-white trail.

Sightings have been reported in locations including Surrey, Stafford and on the east coast of England.

Its colour has prompted people on Twitter to describe it as the St Patrick’s Day meteor.

Richard Kacerek, from the UK Meteor Observation Network, told the BBC it had received reports from across the country.

He said the network’s camera at Church Crookham in Surrey had captured the meteor from the west at 03:16 GMT.

“This is the biggest meteor sighting we have recorded,” Mr Kacerek said.

“It lasted for a few seconds. It was seen for hundreds of miles. We have received a number of emails.”

He said the network recorded about 10 to 15 meteors every year.

Mr Kacerek added: “It’s still very early to say where it came from but later we will be looking at footage from our other camera in the north of the country and analysing the data to determine more about its origins and intensity.”

Search for man who fell into River Ouse...

Harman 'happy to be overruled' on cuts