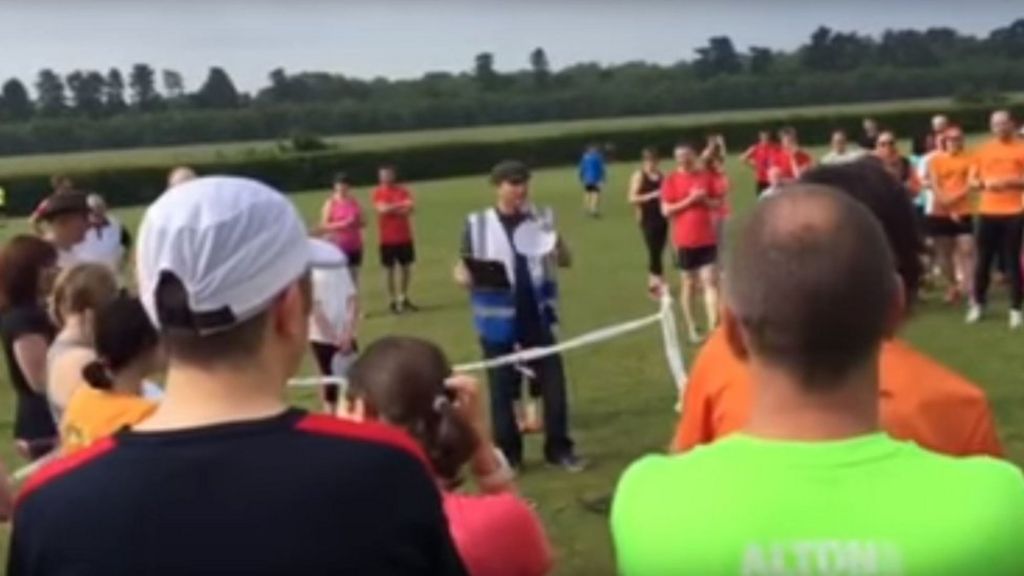 A Parkrun organiser’s “middle class rap” has proved a hit on social media, clocking up more than 25,000 Facebook views in 24 hours.

Simon Goldsmith, an Elvis Presley impersonator and delivery driver from Kesgrave, Suffolk, said it was inspired by a fellow organiser’s 100th run.

Backed by Dr Dre’s “Still D.R.E.”, he “freestyled” and rapped the pre-event briefing.

“My phone has been crazy. It’s amazing what amuses people,” he said.

Saturday was the 90th run at the Kesgrave venue. It started in September 2014 and is one of hundreds of free, weekly runs around the world.

Organiser Jen Evans – singled out as a “legend” in the rap – said the briefing was “surreal”.

“He turned up with a speaker and a PA system and said to me that he was going to try something different,” she said.

“Then he started doing this rap and everyone went silent. Everyone was just in awe and thought it was really funny.”

Mr Goldsmith said the rap took him 15 minutes to write, and the response had been “pretty amazing”.

He joked: “It’s about time the whole world sat up and took notice of a white, middle class rapper from Suffolk, rapping in a Suffolk accent. This is my field of expertise.”