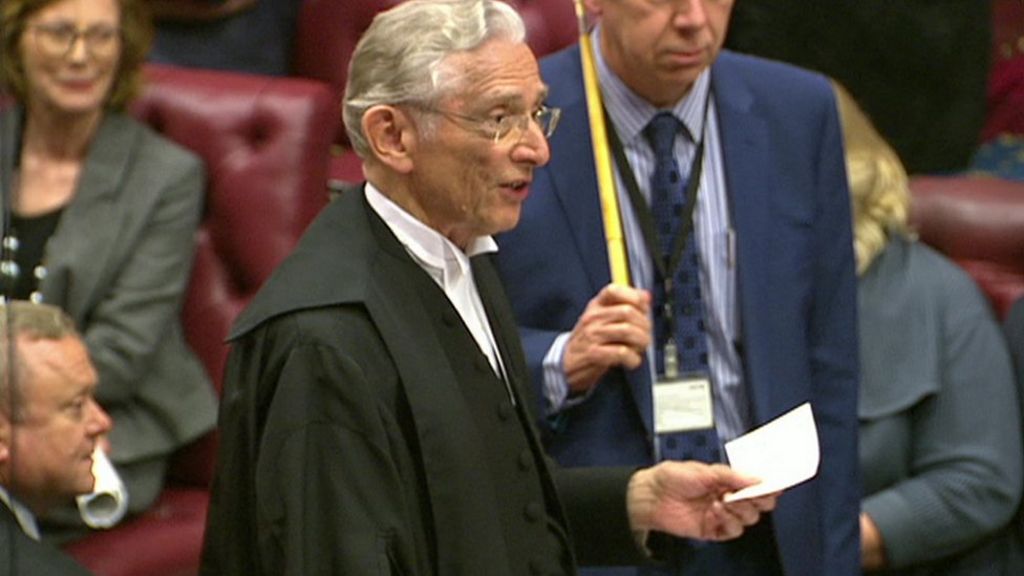 The government will seek to overturn the defeat inflicted on its Brexit bill by the House of Lords, sources say.

Peers defied ministers when they voted by 358 to 256 to guarantee the rights of EU nationals living in the UK after Brexit.

The government said it was “disappointed” at the first defeat for its draft legislation.

MPs will have the chance to remove the Lords’ amendment when the bill returns to the House of Commons.

First the Lords will consider backing other possible amendments to the bill, which authorises Theresa May to trigger Brexit.

Government sources said the bill should simply be about invoking Article 50 of the Lisbon Treaty, beginning formal negotiations.

The vote came after a heated debate in the Lords where the government was accused of treating EU citizens like “bargaining chips”.

Ministers attempted to stave off defeat, saying the issue was a priority for the government but should be tackled as part of a deal that also protected UK expats overseas.

The amendment backed by the Lords requires the government to introduce proposals within three months of Article 50 to ensure EU citizens in the UK have the same residence rights after Brexit.

But it could be overturned when MPs, who have already backed the Brexit bill without amendments, vote on it again.

The Department for Exiting the EU said: “We are disappointed the Lords have chosen to amend a bill that the Commons passed without amendment.

“The bill has a straightforward purpose – to enact the referendum result and allow the government to get on with the negotiations.”

The government said its position had “repeatedly been made clear”, saying it wanted to guarantee the rights of EU citizens and British nationals “as early as we can”.

They knew this vote was likely to go against them. And it’s an issue that the government believes it has a clear defence on.

Indeed, even during Theresa May’s leadership campaign before she moved into Number 10, she articulated the same position. In her view, it would be unwise to guarantee the rights of the three million or so EU citizens in this country, before other EU countries are ready to do the same for British citizens abroad.

For her opponents that’s distasteful, immoral even, because many people who have made their lives in the UK could be used, so the phrase goes, as “bargaining chips” in a negotiation.

Portsmouth hairdresser retires at the age of 93

Decision due on UK's fracking return