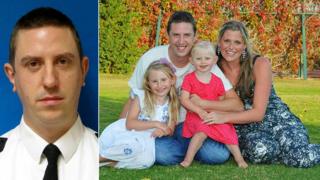 Tranmere Rovers will hold a minute’s silence in memory of PC Dave Phillips.

The married father-of-two, 34, was struck and killed by a pick-up truck while on duty in Wallasey on Monday.

Clayton Williams, 18, of Wallasey, has been charged with murder and Phillip Stuart, 30, of Oxton, was charged with aggravated unauthorised taking of a motor vehicle and burglary.

The Birkenhead football club will observe the silence before its National League game against Eastleigh.

Derelict sites should be made nature reserves, say...