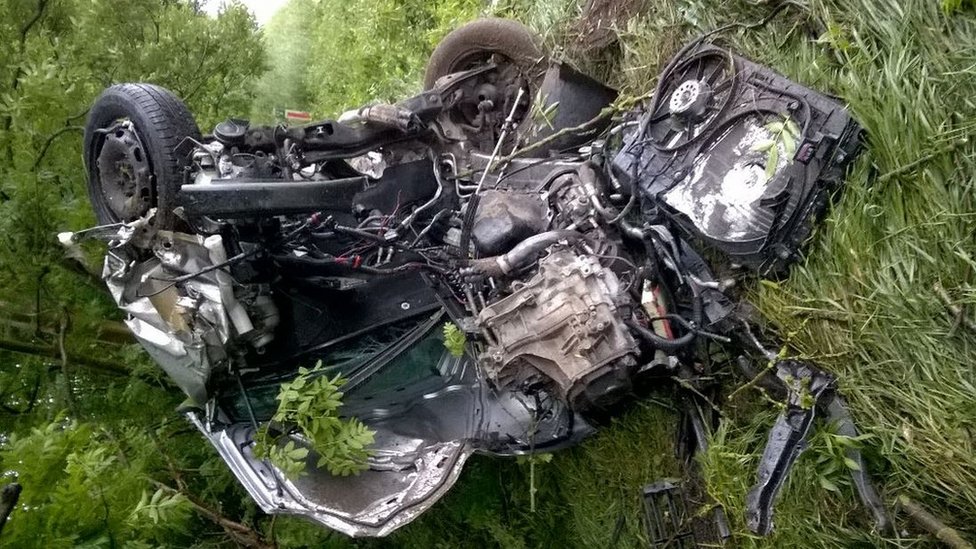 A teenage driver had a “miraculous” escape from a mangled car after it ploughed through trees, uprooting one of them.

The crash happened at about 20:10 BST on the southbound carriageway of the A1 at Alwalton, near Peterborough.

Police said the driver of the silver VW Polo “walked away” from the twisted wreck despite the extensive damage.

She managed to get to a layby and was later taken to hospital with cuts and a head injury.

More on this and other stories from Cambridgeshire

“It is a miracle how the driver of this car walked away from this crash after the vehicle left the roadway, collided with trees and even uprooted one tree,” the county’s fire and rescue service said.

“The casualty climbed out and walked 60 yards (55m) to a layby assisted by passing motorists, and our firefighters gave her first aid until paramedics arrived.”

The East of England Ambulance Service said she was treated at the scene before being taken to Peterborough City Hospital “in a stable condition”.

No other vehicles were involved.